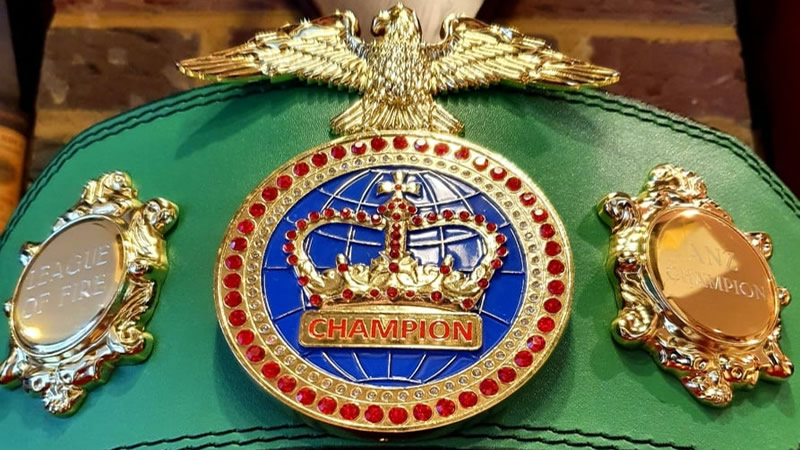 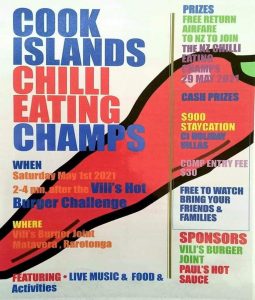 The poster for the 1st Cook Islands chilli eating contest, won by Samuel Thomas, who came 3rd in the NZ final!

The New Zealand Chilli Eating Champions grand final took place on May 29th this year and, for those of you who do not know, this historic event was the ultimate conclusion after a series of local contests that took place around New Zealand from January 2021. In fact, for the first time ever, the grand final included a champion from a little further afield! A local champion from the Cook Islands in the South Pacific named Samuel Thomas, was included to represent Rarotonga!

Fire Dragon Chillies owner Clint Meyer, or as we call him at LOF, the ‘Governor Down Under’, is famous for hosting extremely brutal chilli eating contests in NZ for over a decade. He is a pioneer of fresh pod eating as an extreme sport, and this year’s event did not disappoint. There were over 20 rounds and loads of super-hots, but the crucial thing that has become Clint’s trademark, was the length of the contest! The competition went on for over two and a half hours, so the competitors really had to ride out those cap cramps!

And this year, the winner will not only be the NZ Chilli Champs CHAMPION but also the NEW and FIRST EVER League Of Fire Oceania Belt holder! 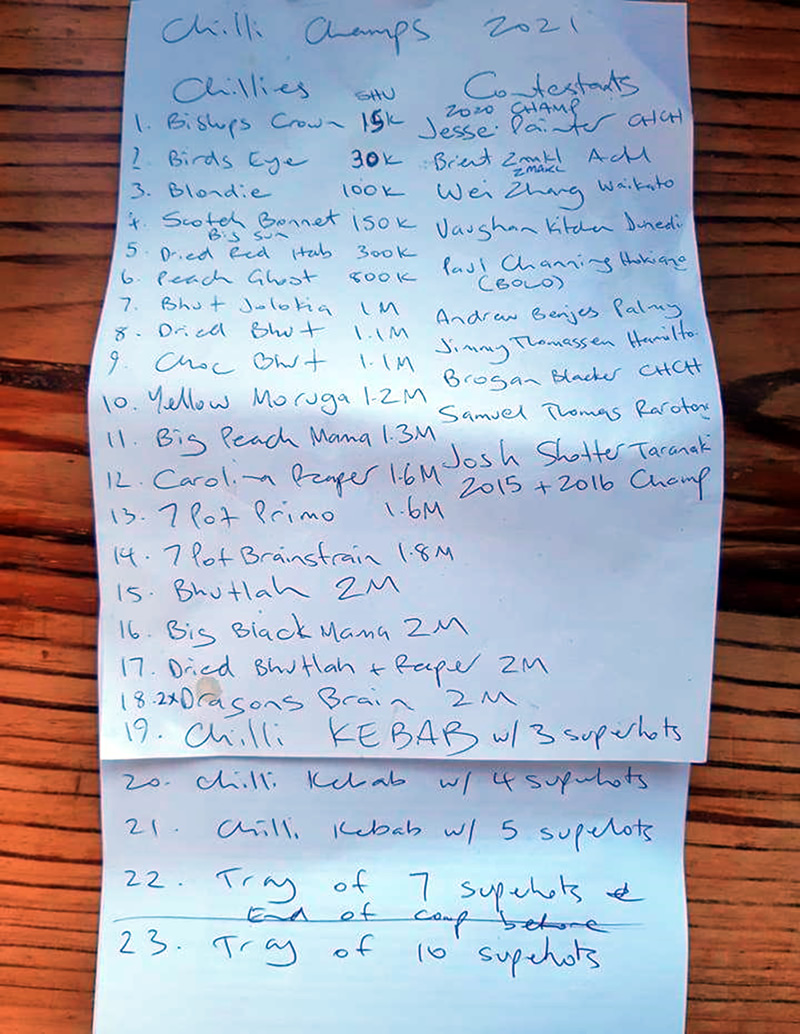 The NZ Chilli Champs 2021 pod line-up and the list of competitor names! 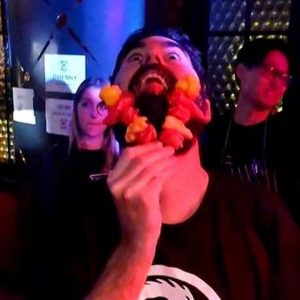 Clint Meyer exhibiting his ‘Chilli Kebabs’, which he often unleashes in the later rounds!

The most famous winner of this event known to the League Of Fire is Justin ‘The Thunder From Down Under’ Rummel, who pushed the UK Chilli Queen very close in the Tussle On The Tyne in Newcastle, UK, a few months after he won the NZ Championship in 2019. This goes to show how winning the NZ Chilli Championship can lead to exciting things! Including a shot at the LOF World Title BELT and some (pandemic permitting) world travelling too!

In 2020 Justin returned to Australia. Consequently, he was unable to defend his title in NZ. Of course, we all know about the effects of the pandemic and the restrictions it caused for international travel. However, the 2020 NZ final did go ahead and gave us a new NZ Champion: Jesse Painter, who returned this year to defend his crown!

And all we can say is WOW! The 2021 NZ final was MEGA! There was a returning NZ champion from 2015 and 2016 named Josh Shotter present, as well as Samuel all the way from the Cook Islands, for the first time ever. Also, a brave lady named Wei Zhang from Waikato managed to win the hearts of the crowd with a show of super-human strength and determination to come second, bringing to memory the epic contest at the Tyne Burner in 2019, when Adele The Brave battled it out against Johnny Scoville. 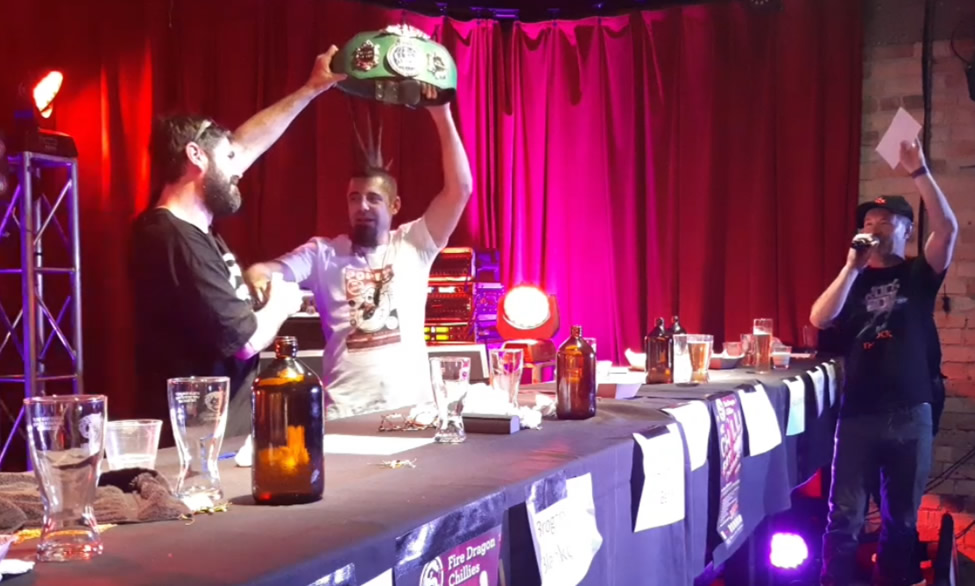 But it was Jesse who managed to push through and become the NZ 2021 Champion and FIRST EVER LOF Oceania Belt Holder – a belt we affectionately have nicknamed ‘The Green Bird’! Jesse is gonna be one to watch in the world of competitive chilli eating, that is for sure!

Please follow our latest news blog. The best way to be notified about our new articles is to follow us on Facebook. We will be releasing an article very soon focussing on our new Oceania LOF Champion Jesse Painter!