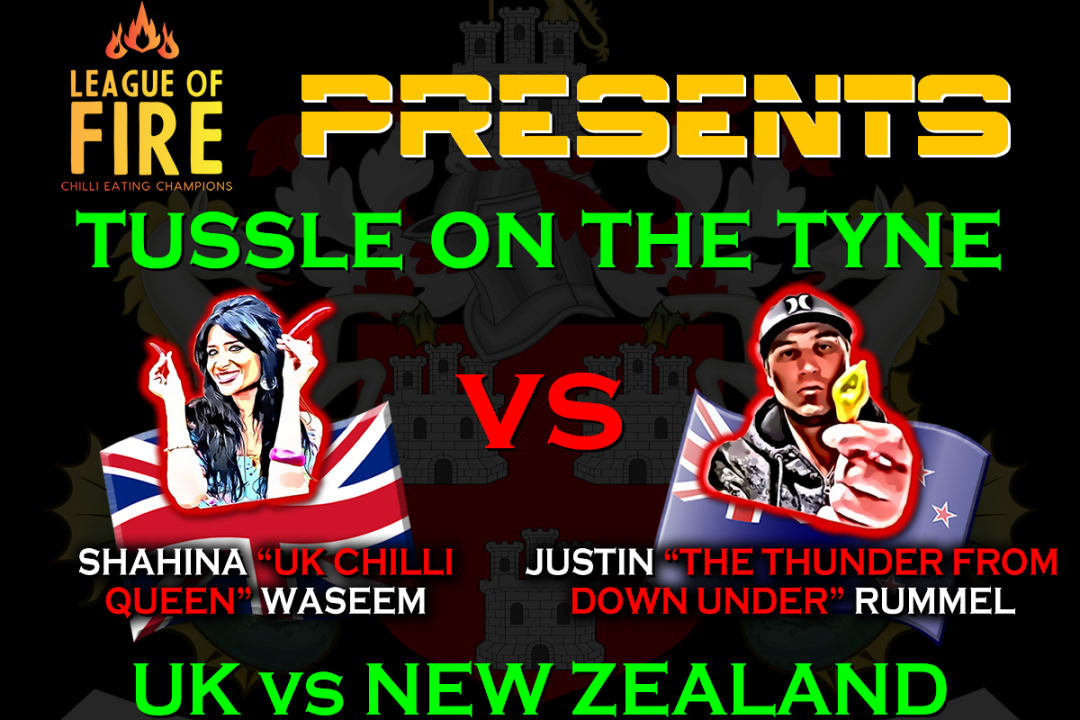 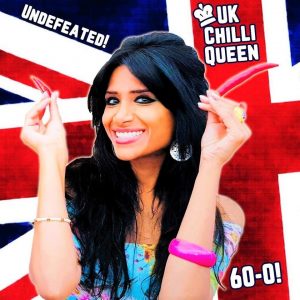 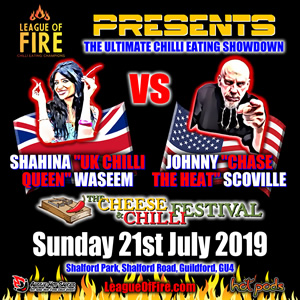 Most of you will know of this but I wanted to officially say it on here.

On the 15th of October 2019, I decided to vacate the League of Fire World Champion Title Belt.

First of all, let me start by saying how great an honour it has been to compete in 3 Belt Matches against Johnny Scoville (Guildford, UK, Sacramento, USA, and Ham, Belgium), 1 friendly Belt Match against Atomik Menace (Auburn, USA), and 1 Belt Match against Justin Rummel (Newcastle, UK). 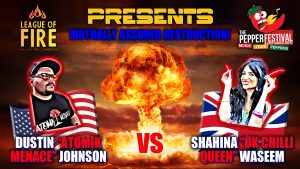 League of Fire came about in the summer of this year and it is the best thing to happen to chilli-eaters around the world. I am deeply grateful to be allowed these opportunities where champion chilli-eaters and chilli-challengers can showcase their skills bringing a fun, engaging and hugely entertaining aspect to the chilli community and opportunities which act as a magnet to bring together chilli communities from all over the world. It is such a great and now proven concept and may LOF prosper and help all us chilli-eaters gain recognition around the world. 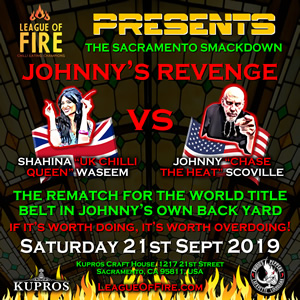 This leads me onto my reasons for vacating the Belt. I was prepared for the LOF Belt to go to New Zealand had Justin defeated me in Newcastle. I was actually quite happy about the Belt possibly being in NZ as I have seen their passion for it and the belief they have in it over there. Clint Meyer, the organiser of NZ Chilli-Eating Competitions, had always dreamed of having world champ matches and so he has been behind LOF 100% since inception and his support and love alongside the NZ chilli community’s backing in funding Justin to travel to the UK for a shot at the Belt have been truly encouraging and humbling.

Having put in unbelievable dedication, devotion and hard work into achieving my record over several years, I dream of all other competitors from around the world to be recognised for their achievements also as I know from personal experience how rewarding that feels. 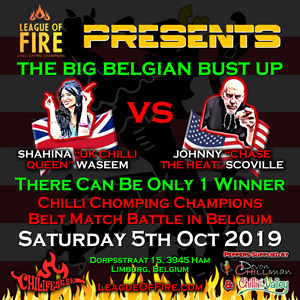 The Big Belgian Bust Up

The chilli-eating competition season is all but over here in the UK. NZ will be starting their pod season in January and from February until May, they can organise plenty of great Belt Matches between champions from NZ, Australia, etc., and hence bring other champions to the forefront. What would I have done with the Belt here for the next 6 months or so? It would have just stayed on a shelf in my house until the UK competition season starts up again next year in May. Having the Belt over in NZ will be so much more fun and exciting for chilli communities, worldwide. It will keep the momentum going by giving other champions a shot at the Belt. It will help bolster chilli communities and help bring more people into the fold. The pros far outweigh the cons. 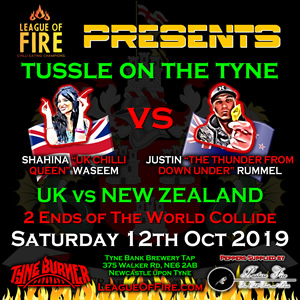 Tussle on the Tyne

However, this is not the end for the UK and the Belt – I promise you that I will go to NZ in May 2020 and do my absolute best to win it again and bring it back to our UK and make you all proud of me. I have to say I am already stressing about being good enough to win it again and so the idea of giving it up in the first place was pretty daunting. But, I believe in my heart that this truly is the best thing overall.

LOF has informed me that they will be working in close partnership with Clint Meyer to bring you the absolute best match-ups for the Belt between champions. I can’t wait to see the upcoming shows as quite simply that is exactly what these Belt Matches are; entertaining and addictive shows where you can’t wait to see what happens next! I am sure that a lot of us will be tuning in live from all over the world to watch as and when these matches happen.

I hope people will agree with my reasons for vacating the Belt and see it as a great opportunity for the chilli community as a whole.

This is a little radio segment from NZ featuring Clint Meyer and the LOF Belt the day after Justin Rummel returned with the Belt to NZ.

BREAKING NEWS – The Next L.O.F. Belt Match Challengers Have Been Confirmed!