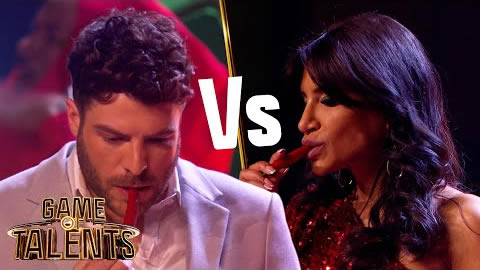 This episode saw the host Vernon Kaye reunited with his fellow celebrity camp mates Giovanna Fletcher and Jordan North who he got on with so well in the ‘I’m A Celebrity… Get Me Out Of Here!’ castle last year.

For any Chilli Heads watching, the highlight of the show was when the UK Chilli Queen made her entrance – the celebrities & their team partners, who were members of the general public playing for a big money prize, had to guess what Shahina’s special talent was from a list of options. 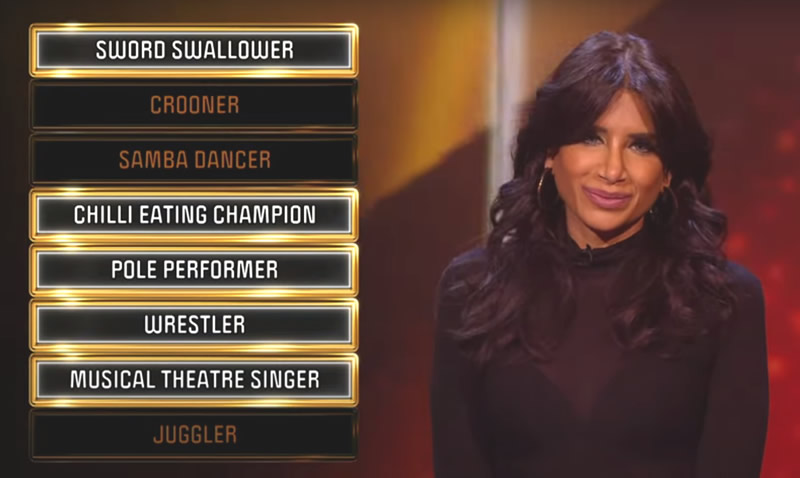 Contestants had to guess which special talent Shahina possessed

Giovanna’s team guessed correctly, and then it was up to Jordan North, a Radio 1 DJ, to step up to the plate and enter a fun and friendly chilli eating contest against the UKCQ.

Shahina was given an easy and fun night, only having to nibble a few peppers. But the last of those peppers was the Carolina Reaper, so she didn’t entirely get a night off! 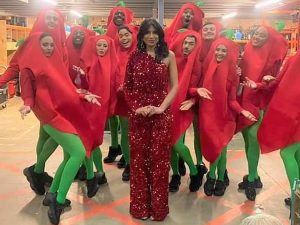 The UK Chilli Queen was joined on stage by dancers dressed as chillies!

We asked Shahina about the whole experience of appearing on prime time TV eating chillies. She told us: “It was a great experience and there were so many friendly people involved behind the scenes. The most important thing for me was to show a huge audience that chilli eating contests can be a lot of fun to watch. My main aim now is to shine a light on the extreme sport of chilli-eating and make it mainstream”.

And there were viewers who enjoyed the surprise inclusion of the UK Chilli Queen on the show.

You can watch the full episode on ITV Player and ITV Hub.

Oh, and the ‘Mini Chilli Eating Contest’ did not qualify as an official LOF contest, just in case you were wondering! The UKCQ’s record and points remain unchanged!