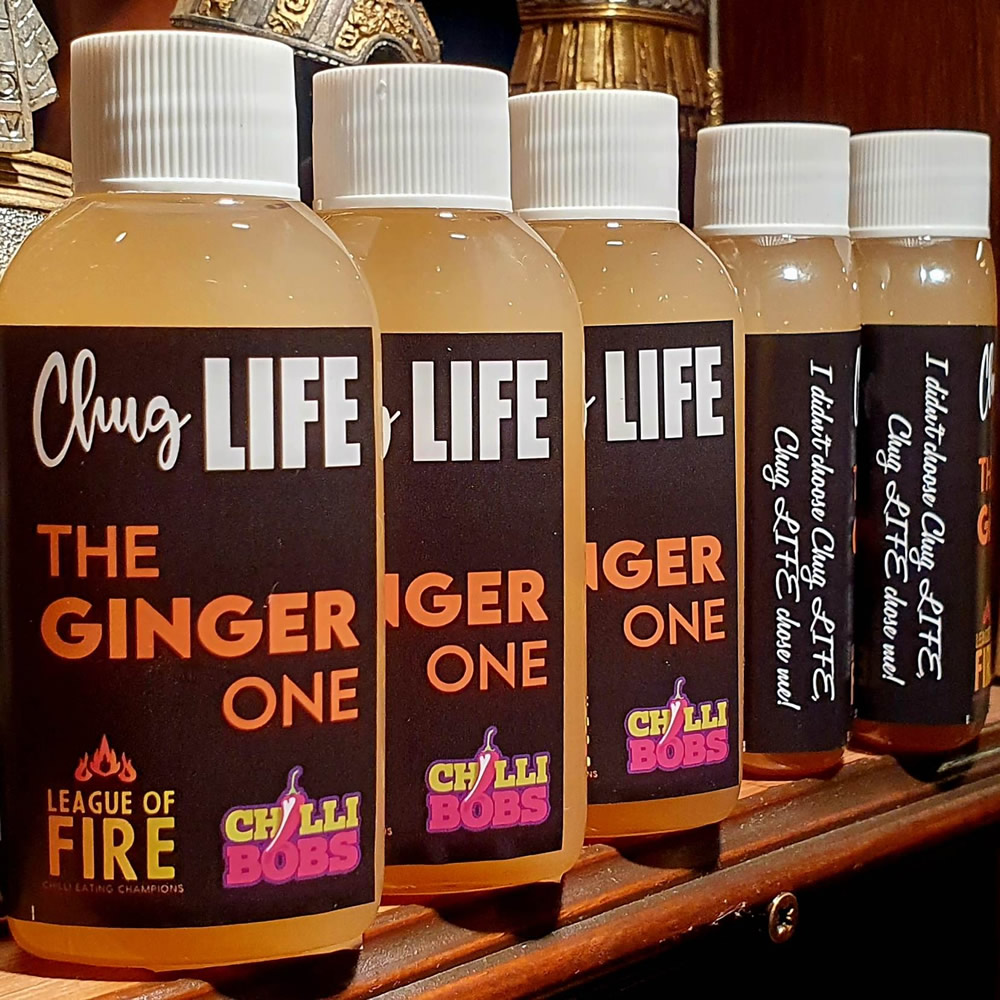 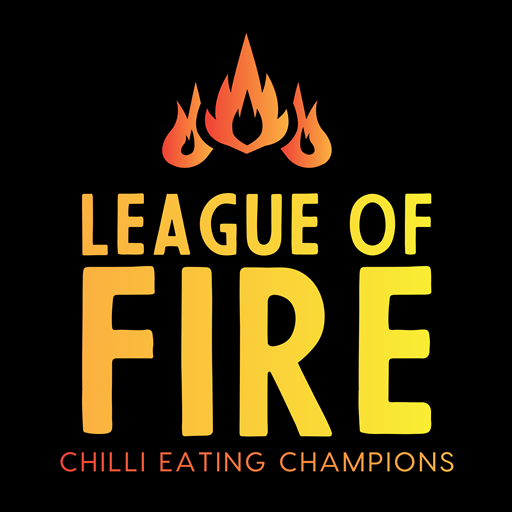 We are really excited to announce the first in the NEW Chug LIFE series! Proudly introducing ‘The GINGER ONE’ lovingly produced by ChilliBobs who were involved in the creation of the Dragon’s Breath pepper.

We were inspired to create a new range of ‘entry’ or ‘gateway’ level challenges that encourage new Chilli-Heads to start their fiery journeys! Also, we do see Chilli-Heads who often have a family member or a friend with them, by their sides when they tackle brutal LOF challenges!

We want them to get involved!

It could be a wife, husband or partner who wished they could get into the LOF but would feel safer doing a ‘1-point’ challenge! Or maybe a Chilli-Head is at her or his workplace and a colleague wants to be included…

This series will focus on healthy ‘super-foods’!

We want our Chug LIFE series to not only burn you up, but put some goodness into your bodies! Chillies have a range of health benefits, but this series will go further and each release will centre around a particular super-food ingredient!

Ginger is among the healthiest spices on the planet! It belongs to the Zingiberaceae family, and it’s closely related to turmeric, cardamom, and galangal. Ginger is wonderful because it can help treat chronic indigestion because it speeds up the emptying of the stomach (something many of us Chilli-Heads may have noticed about chillies too!) Also, did you know that ginger has in fact been studied as an alternative to treating certain types of cancer! It also has been identified for its remedial benefits towards preventing heart disease as it has been suggested to lower cholesterol levels!

Amazing! And that is not all!

Relatively new studies have suggested that ginger may have powerful anti-diabetic properties because it can help lower blood sugar levels and consequently lower the risk of heart disease! We also found an article in sciencedirect.com that people who used ginger to treat their osteoarthritis saw significant reductions in pain and disability! So if you suffer from joint pain or stiffness (not that type of stiffness, lol), then ginger is for you!

And what better way to get a healthy dose than by having a Chug LIFE shot, mixing it with wonderful chillies AND getting League Of Fire world ranking points too!

This new official LOF Chug series might even give you super-powers! And super-points!

Chatting To The Champion! Part One