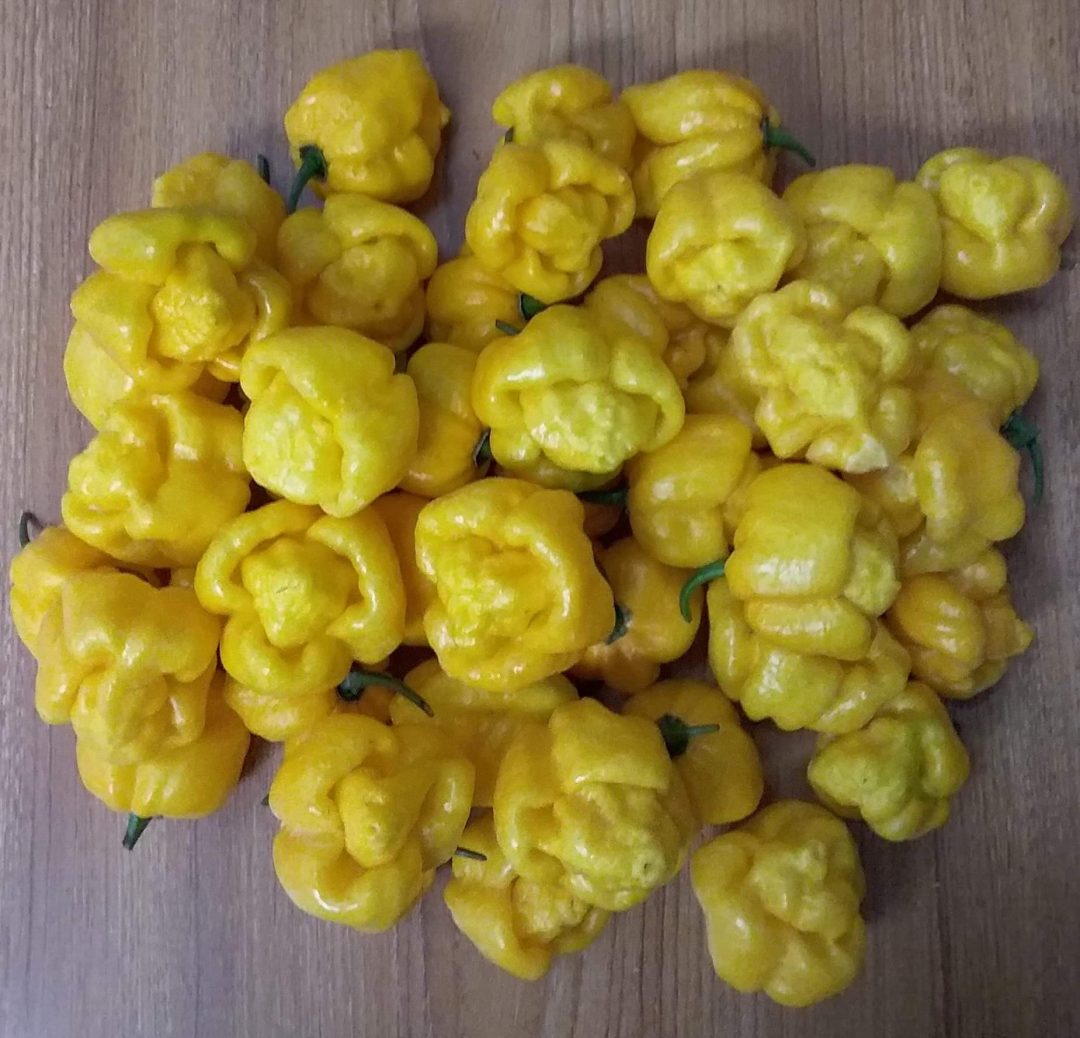 We managed to get in touch with Tom Broome from Seriously Hot Peppers. Tom is providing the weapons for the LOF Belt Match in San Diego on Sunday 19th June at the West Coast Hot Sauce Experience! 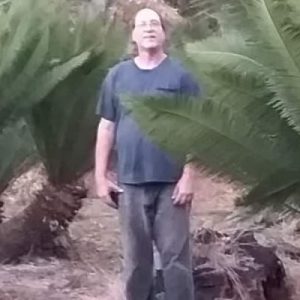 I’ve grown plants since I was 6 years old. I was already taking cuttings and starting new plants at that age. I’ve always loved growing plants. I’ve also had a great fascination of anything regarding chemistry and physics. I got straight A’s in these classes in school with very little studying.

Even though I ended up with a finance degree, I knew down deep inside that I needed to have my own nursery. I started a woody ornamental nursery (landscape plants) in 1986. I knew this was what I was meant to do, but knew there was more. 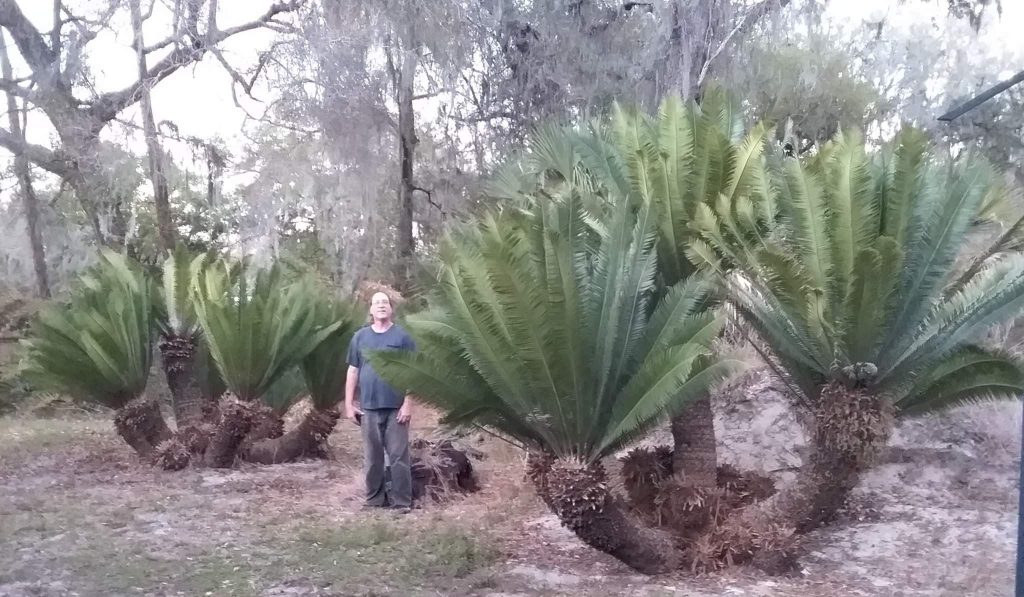 My sexeds pair of Dioon Edules from Mexico. The plant in the foreground is estimated to be 430 years old! 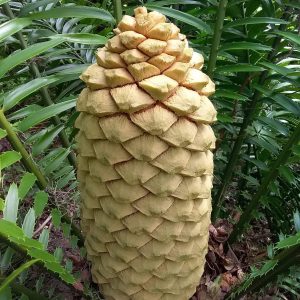 In 1989 I was introduced to cycads. Cycads are the oldest living sexed bearing plants left on earth (dating back 250 million years) . They are all on the endangered species list. I knew that helping to save these highly endangered plants was part of my destiny. The Cycad Jungle was born.

I wanted to learn everything I could on how these unusual plants work. Back then, I had $350 a month phone bills talking to the biggest experts all over the world. For cycads, besides the US, that’s mainly South Africa, Australia, and Central America. 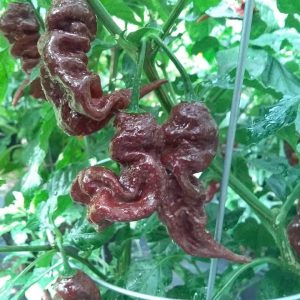 My articles have been published in at least 17 different journals all over the world. I’ve been the president of The Cycad Society for a decade, and work with botanical gardens all over the world. I even have a variation of a cycad species named after me. Why have I bored a lot of pepper people about cycads? It’s because I have taken the same scientific approach for growing peppers.

I didn’t stop experimenting with pepper cultivation once I learned what everyone else knows. I’ve noticed that most pepper growers are satisfied by just understanding what they have to know to get by. I always look at what other plant people do and see if there is anything that I can adapt to what I’m trying to do. 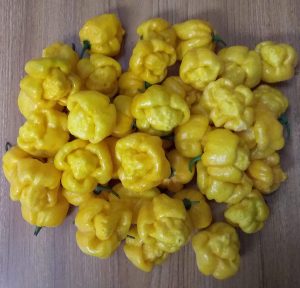 I have found out some amazing things that from what I can tell, nobody has figured out yet. Some things I do may not be amazing, but seems to be different than most pepper growers. I grow peppers in Florida without pests like aphids, mealy bugs, white flies, spider mites, or thrips by using used coffee grounds on my soil.

Instead of countless fertilizer applications, I use a 360 day polymer coated fertilizer so I use it once a year and forget about it. Part of my business as Seriously Hot Peppers is selling seeds from isolated plants. Instead of growing a few plants and taking the seeds, I grow around 30 plants and sample peppers from every promising plant. Once I have found the best plant, I separate it and grow it for seeds. 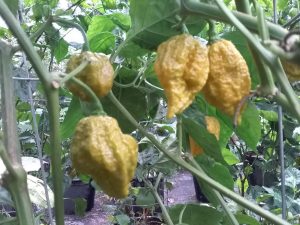 One thing I do that most growers haven’t even thought about is that I clean my seeds of any pepper material that sticks to them. They store cleaner and in some cases, start to germinate faster. Many people say Reaper seeds take 2 or 3 weeks to start germinating. One of my customers posted that he got 95% germination in 4 days with my seeds.

I think it is the difference between the osmoality of the seed and osmoality of the pepper material that sticks to the seeds. The material is actually inhibiting germination. I’m always trying to improve my genetics to make the hottest, best tasting peppers.

I have several that are of my own breeding. I even have a pepper I call the Omega pepper that 1 in 10 pods taste twice as hot as the current world record holder. I am now working on better consistency. If that isn’t hot enough, I have come up with a combination of enzymes that are boosting the hottest peppers about 150k SHUs. 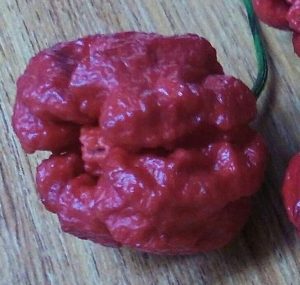 I am just having a blast playing with peppers and plants in general. A few years ago I had 40,000 plants of about 500 species. I constantly perform new experiments to find out things nobody has thought about yet.

How did I get into growing peppers you ask? About 13 years ago my next door neighbor came over. He is a little cocky and about 10 years younger than I am. He comes over bragging he is growing a habanero plant and he can eat an entire habanero!

I thought, I’m going to grow the hottest pepper in the world, which was the ghost pepper at that time, I’ll give him the pepper, he will eat it, get sick, and I’d get my money’s worth. I bought 2 ghost pepper plants for $50 and grew some peppers. 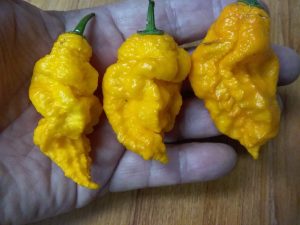 By the time I harvested my first pods, he chicken out and never tried the ghost pepper. I didn’t know what I would do with the plants, so I collected the seeds and put them on my cycad seed list I used to publish.

I sold $700 worth of seeds in 3 months which is an excellent return on investment. That’s how it all started. My love for hot peppers has increased over the years.

For the last 9 years, a group of my friends and I have had a weekly “hot pepper night” at a local restaurant. We sample pods and anything spicy each week. I use it to help me determine what plants are the best plants for breeding, but it has just become fun trying new peppers and products.

Now I’m also making great tasting tinctures and sometimes boost them with capsaicin up to 12.5 million Scovilles. I really have become to love the thrill of the burn.

Growing your own Chillies

The Americas Title Belt Is Heading To San Diego!

Sharing the Burn on Video