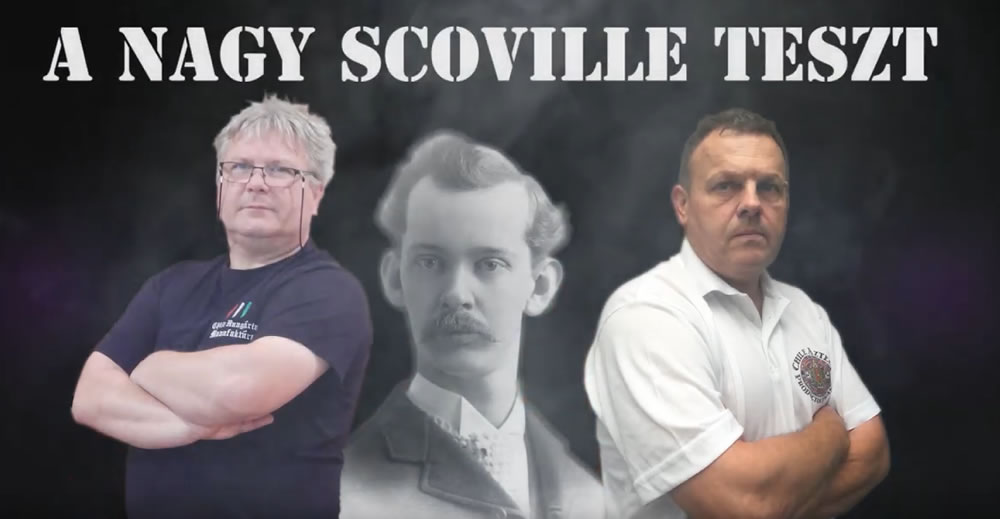 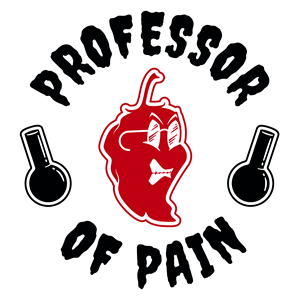 I finished my previous post at measuring hotness using the HPLC method, where we had the result in mg/kg ratio, and we can use the Scoville test to have the result in SHU units. I prefer the second one, because one can only meet SHU numbers in terms of chili hotness. 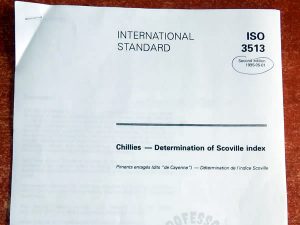 Before hopping into it, I looked around the internet to see how others do it, what methods they use and so on. Do you think I found anything regarding the topic? Forget it! No videos, no posts or any informative materials were available. We are full of SHU numbers, but no tests had been done. Impossible!

Okay, we will make it!

Did you know that Scoville tests have their standard system? Yes, it is ISO 3513. It can be purchased, but I found a page from Uganda where it can be downloaded for free. 😀 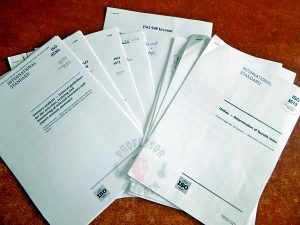 … If you do something, do it seriously! I found all the sources mentioned in ISO 3513…

The main standard is from 1995, and it has been recently reviewed and found alright. So the standard is valid! I have to pinpoint that!

In our program, let’s test the hotness of a habanero powder and a ghost chilli powder using the Scoville test. I did not say that the Scoville test is always done by using a dry sample, but it is referred to dry sample. It is important. 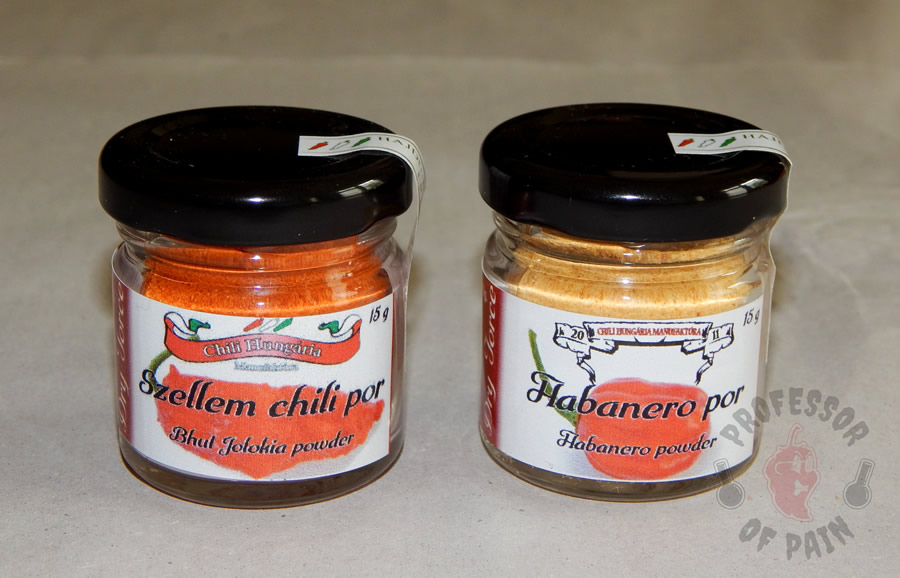 I say ‘we’, because I asked a good friend of mine Laszlo Fustos to help me to do the test.

He has a lab quality scale, capable of measuring extremely small amounts precisely. It is critically important! Using his scale one can even measure the evaporation of alcohol. By the standard we need to measure 0.01g, genuinely.

Shopping has been done, let’s start the test!

The main principle is to extract capsaicin from the sample using ethanol, filter it and make different dilutions. It is clear.

Also a test inspector is needed, who defines a sample. He needs some experiences to estimate the SHU before the test.

For selection of the test sample first of all we need to check the table nr.3 of the standard.

We need the column ‘E’, where the data can be found in our case.

Let’s turn back to the page where table Nr.1 is, to read that the dilution of column ‘E’ needs 0.05g habanero powder in ethanol. 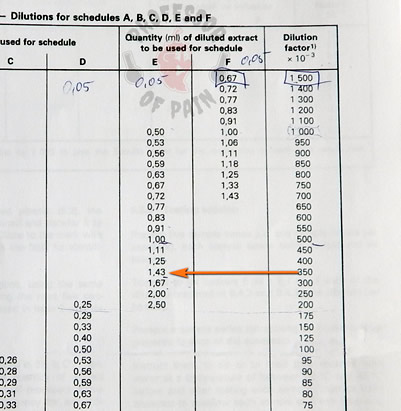 This small amount of powder is put into the vial, and the vial is filled with ethanol up until the increment of 50ml.

It needs to be shaken (just like the Martini of Mr. Bond) for a minute and to be left for 15hrs.

It means we need to start the test the previous day if we want to do it correctly.

It is column ‘E’, hence from our extractum we need to take a part of 5 ml for further dilution with ethanol.

We only need this double dilution in case of really hot samples. In the case of column ‘A’, ‘B’, ‘D’ it is not needed.

Well, we are getting there!

Now we take the table nr3 of the standard again. We found the value for habanero in the column on the right again. It is 350 (x 103). Now we check the number vertically in the column ‘E’ to see what number we can see. Exactly 1.43ml.

Now we take 1.43ml of extractum and dilute it in the previously prepared analytical water which we previously diluted 50 sugar (in l). 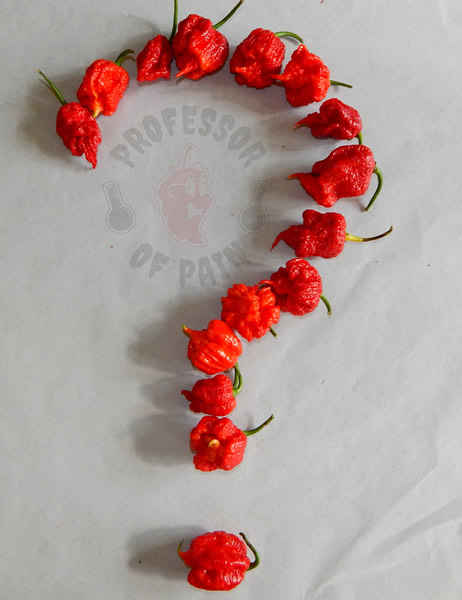 Prepare five more samples before and after the planned 350 value as well.

It is not sure we will find the hotness where we expect. It may be weaker or stronger.

It is written in the standard that a minimum five taster is needed, everything is defined, the room of the tasting and even colours and sounds… bla bla bla.

The result will be surprisingly accurate, no matter if you have a sterile environment or not.

We start from the weaker solution to the hotter. The test is valid if three testers say yes for the hot experience.

Believe me, we paid attention to all the small details, and even the circumstances. 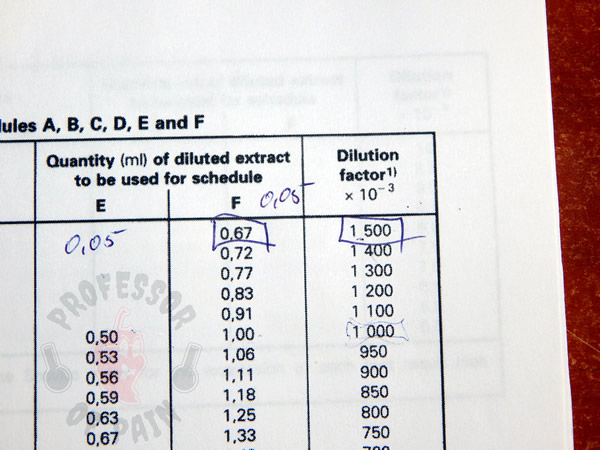 The result was deadly true!!

…but not here!! At this point we drank so much sugary water that we started feeling sick. Nothing. We felt absolutely nothing. Same nothing with ghost chilli too. Nothing at all. We even started arguing, saying a mistake has been made… but not… It was not the reason.

After a few days of thinking we started again. 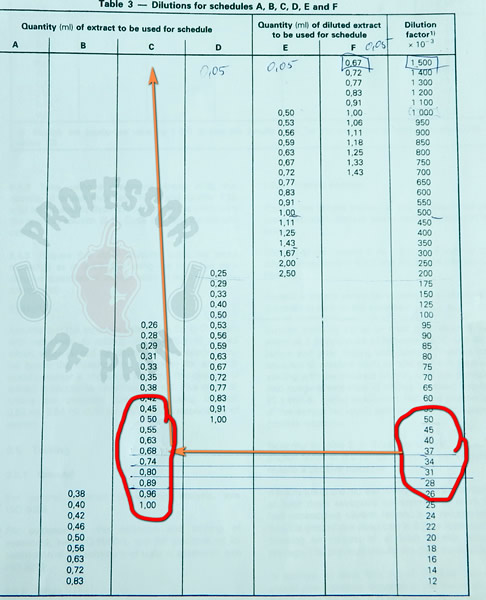 Maybe we are looking for hotness in the wrong place. Maybe what we think is 350.000 is only 35.000 in real life? After drinking such a large amount of sugary water we did not feel it risky to go down a few steps and try what is around 35.000.

It seems we failed the test, there is nothing to lose. Here we did not make the extractum from the column ‘E’ dilution, but from the column ‘C’, where 34-37-40-000 SHU is the reference for the dilutions.

I tested the maths and the dilution of 40 x 103 the hot taste appeared:

We extracted it in 50ml of ethanol.

So the capsaicin extracted from habanero powder is diluted 39.182 times.

If we simply dilute it until we stop feeling the hot taste, we will find it somewhere here as well!

Independently from standards and tables!!

Tables are just to save some time with no need of dilution hundred times.

Just a kind of aid, nothing more.

If you don’t believe me, do it after us and tell us what we did wrong!

We made a video as well. It is in Hungarian and a bit expensive to translate.

For a few days we did not tell anyone about it. The result was significantly away from the well known values. The ghost chilli powder gave us 100.000SHU, if you have it raw, let’s say due to the water in it (what dilutes) it will be 15.000SHU (in case of the same volume)?? One may say we are crazy.

The one who had some paprika tested by the lab and received the result in mg/kg probably looked after how to convert it to SHU. Generally everywhere, even in the labs they say you need to multiply it by 16, that’s all.

In nutshell every measurement, test, counting shows that the commonly used SHU is a decimal point higher than it would have to be.

I reached many internationally recognized specialists to ask them to let me know where I made a mistake. What is the official statement?

Many of them of course did not answer, but it is common in cases like this.

Dr. Peter Merle, the owner of Semillas La Palma, who does research, and has really good seeds available, answered that we don’t have to deal with this issue. He simply uses a formula (simple proportion) to calculate the Scoville Unit when he makes a test. He is right! (I will tell about it later in my next post).

I also reached Dr. Paul Bosland, the professor of New Mexico State University the director of the Chili Pepper Institute. He is the most respected chilli researcher I’ve ever heard of (maybe no one knows a better specialist). He said I should find a chemist if it is important to me. He kindly got rid of me… I do understand him. 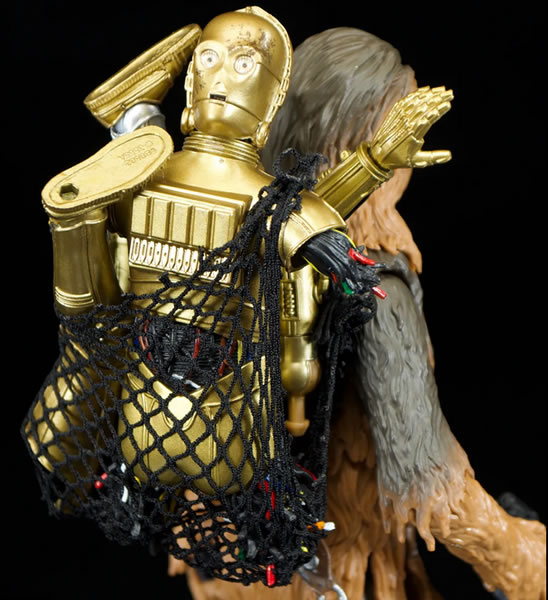 After Eating a Ghost Chilli!

I know many of you have met this phenomenon. I know you did not get the expected SHU.

It was impossible to get.

I do apologise if one makes the test following the standard and tells us what mistake we made.

I think we approach this issue as a taboo.

I do not want to teach anyone. I do not want to change anything. No, it is not possible and not needed. But leaving systematic mistakes without a word is not the right way. Even standards can be corrected if needed. Simply by just increasing the volume of the test portion. I repeat myself, it is not my goal.

Anyway, is it important? Definitely not. The only important thing is the experience when you eat a ghost chilli and it takes you apart and puts you together inside out!

If you are curious about how to convert the values of mg/kg to SHU, don’t miss my next post. I also would like to introduce a new concept, the TCI.