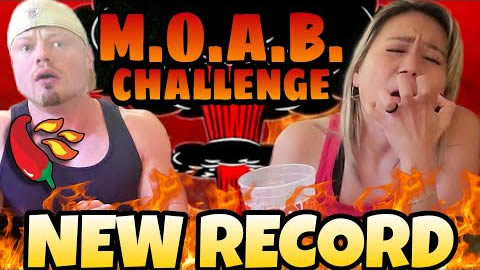 WOW! Smashed! TOTALLY SMASHED! The MOAB Challenge World Record that is! By a whopping 12 seconds!!!

On 10th Nov 2020, Nick Whery – the World #6 Ranked Competitive Eater with Major League Eating – ploughed through a bar of Willy Pete’s MOAB – The Mother Of All Bars – in a staggering 1 mins 54 secs – a record previously set at 2 mins 6 secs more than a year earlier on 2nd Oct 2019 by Ryley Howle. 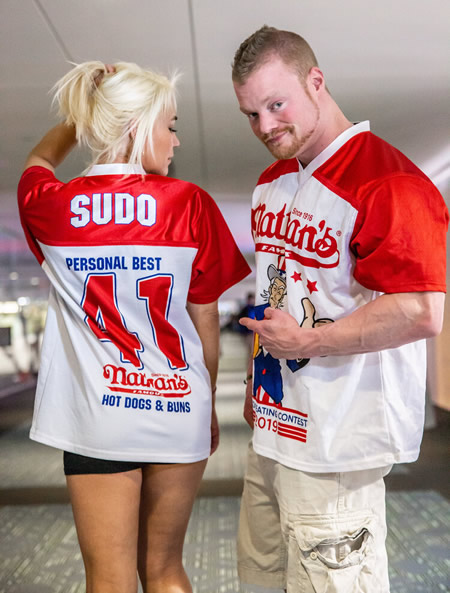 For those not familiar with it, the MOAB is a half-pound challenge bar created by Willy Pete’s Chocolate Co. LLC – a US veteran owned, hand-crafted, small batch chocolate company. The creamy dark chocolate is infused with 2 Carolina Reaper Peppers while the chewy caramel centre contains a further 2 Scorpion Peppers – that’s 4 of the World’s Hottest Peppers in 1 monster bar!

Together Nick & Miki are known as “The Hungry Couple” – they both fell into the wild world of Competitive Eating, each with astonishingly early success. In 2018, as chance would have it, they crossed paths at the hotel gym, just hours before competing at the Nathan’s Famous Hot Dog Eating Contest. It wasn’t quite love at first bite, but the two started dating the following year.