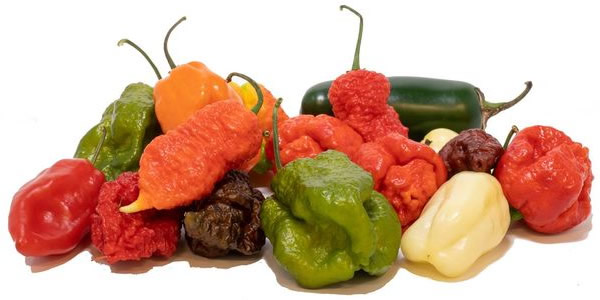 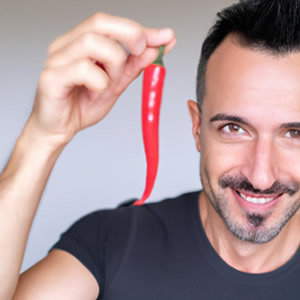 Jason Marston is an Arizonian-based chilli fanatic, an avid backyard chili gardener and lover of all things spicy. While not sampling new fiery hot sauces and salsas, he helps keep shop at Sonoran Spice.

Hot chilli peppers are some of the most distinct-looking vegetables out there. Their gnarly appearance speaks volumes about the sinister heat they produce. But don’t be fooled, even more innocent looking varieties can be the ones where the most caution should be employed. Likewise, ugly-looking chilli peppers may seem off-putting at first glance, but they can be just as delicious as their beautiful counterparts. In fact, some of the world’s most sought-after chilli peppers have an ugly side to them.

The moral of the story is, it’s important to know what you’re getting into before you bite into any kind of chilli pepper – gnarly looking or not! 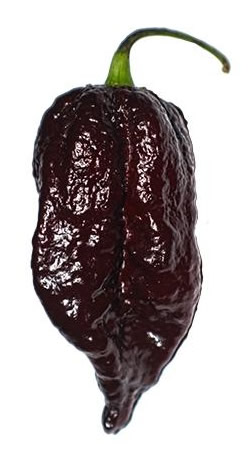 The Chocolate Ghorpion chilli pepper is a unique type of pepper that originates from India and is a relatively new variety, having been discovered in 2020. It’s a hybrid of the Bhut Jolokia (Ghost Pepper) and the “Butch T” Trinidad Scorpion peppers. They are some of the most gnarly looking chillies.

It is one of the hottest peppers in the world, measuring at a whopping 2.2 million on the Scoville Scale. The Chocolate Ghorpion is a dark brown color, with a wrinkled skin and a pointed end. Its shape resembles that of a scorpion, hence its name and rather off-putting demeanor.

The Chocolate Ghorpion has a unique flavour and aroma, making it popular among chilli pepper aficionados. The pepper has a fruity, smoky taste with a hint of sweetness. This chilli pepper is a versatile pepper and can be chopped and added to dishes for a spicy kick, or it can be dried and ground into a powder to be used as a seasoning. It can also be used to make sauces and salsas. 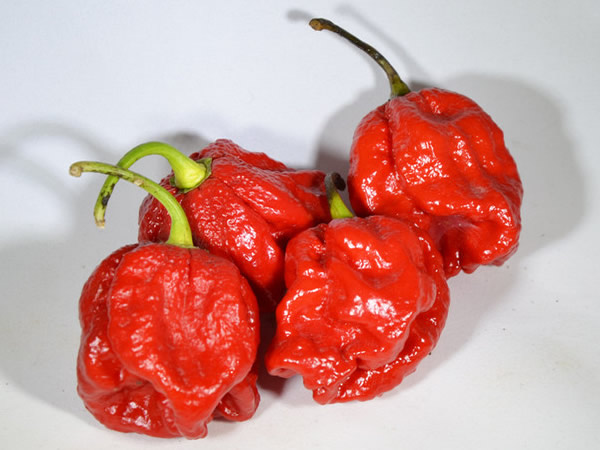 The Moruga Red Satan is a pepper bred from the more well known Trinidad Moruga Scorpion. It has an interesting flavour profile, with some tasters reporting a grapefruit-like taste, almost borderline citrus.

Living up to its name, it’s not uncommon for the hellish Moruga Red Satan to reach levels of up to 2 million SHU. Moruga Red Satan peppers are small and round, measuring about 1.5 to 2 inches in diameter.

With its unique flavour, intense heat, and wicked looks, it deserves a spot as being one of the gnarliest peppers out there.

This long and lanky chilli pepper may not be the hottest pepper on this list by any stretch, but it’s a gnarly looking chilli pepper nevertheless.

The Thunder Mountain Longhorn chilli pepper is a rare chilli pepper variety that is native to the United States. It has a unique flavour profile that is both sweet and spicy, making it great for use in a variety of dishes, from soups and stews to chilli and tacos. The Thunder Mountain Longhorn chilli pepper has a Scoville Heat Rating of 5,000 to 8,000 Units, making it a mild to medium heat pepper and far more manageable for most people to eat. It makes a great addition to any dish that calls for a little more spice without overwhelming the flavour. 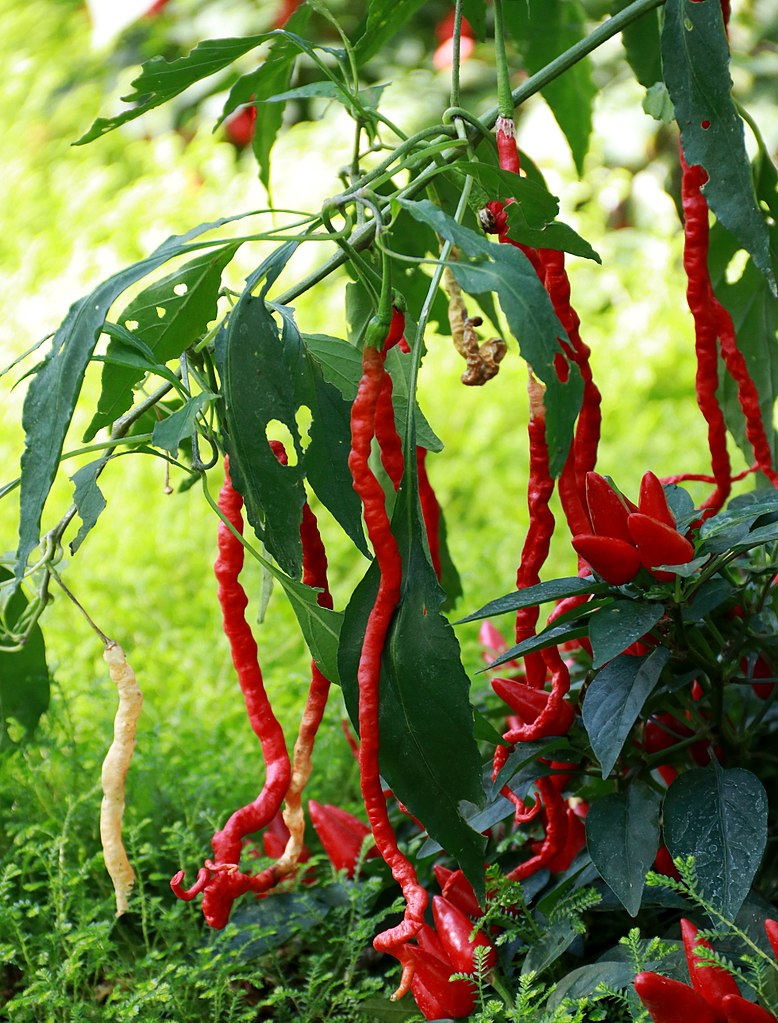 The Chocolate Apocalypse Chilli is a new type of chilli pepper that is only available in limited quantities and terrifying to look at.

It was first grown and harvested to produce the same flavour and heat as a Habanero pepper, but with chocolate undertones.

The chilli pepper plants are grown by hand and require very little water or sunlight. They are also considered to be one of the hottest peppers on Earth with an average Scoville Heat Unit (SHU) rating of around 1.4 million. 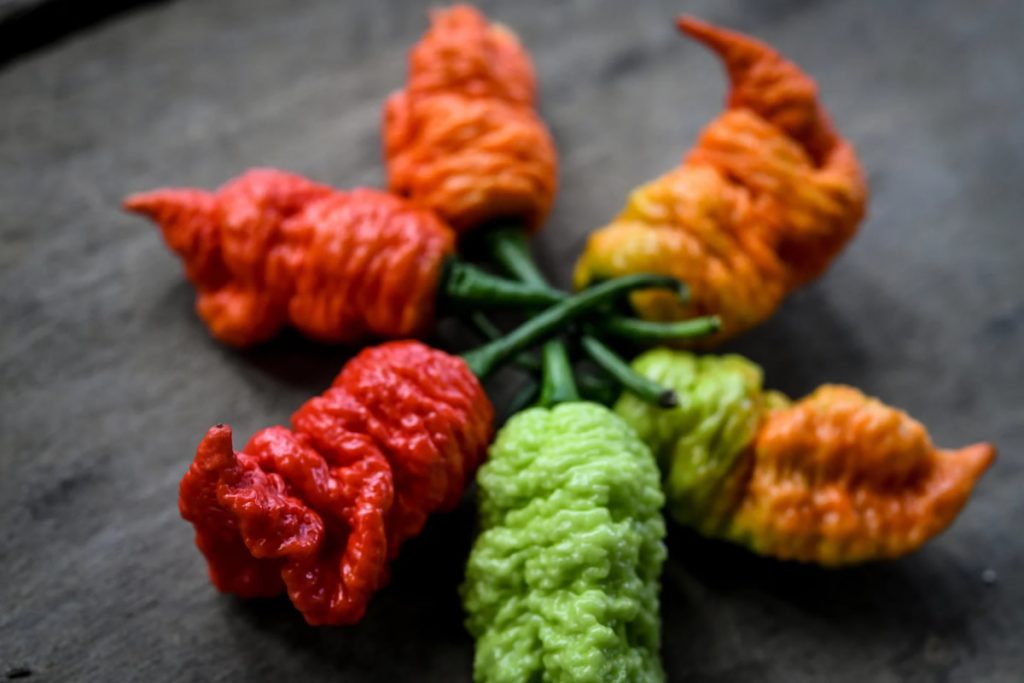 The Death Spiral is the brainchild of Jim Duffy from Refining Fire Chiles who first noticed a strange variant growing among his Naga Bubblegum Red Cross plants after receiving these seeds from UK grower, Terry Smith.

He saved seeds and grew them in isolation to protect them from cross-pollination, resulting in this beauty we now call Death Spiral. This chilli pepper is just as menacing as its forefather and no less satisfying (if you’re into this kind of thing).

The Death Spiral chilli pepper has a fruity and smoky flavour with a hint of sweetness. It has a long, thin shape with a pointed tip and wrinkled skin and it can reach up to 4 inches in length. As with any hot chilli peppers, it should be used with caution. It is not recommended for those who are not used to spicy food.

Overall, the Death Spiral chilli pepper is an intense and flavourful pepper that should be used with caution. It is one of the hottest peppers in the world and can add a unique and spicy kick to many dishes.

These chilli peppers may not be the prettiest peppers out there, but they’re still incredibly flavourful and can add a ton of heat to any dish. So if you’re looking for something a little different, don’t be afraid to give these ugly (but kind of pretty) chilli peppers a try. When handling hot chilli peppers, it is important to wear gloves and eye protection. Hot chillies can cause severe irritation if they come into contact with skin, so it is best to handle them with care. It is also important to keep it away from children and pets.

Can you ENDURE the latest RUMMY BEARS Challenge?