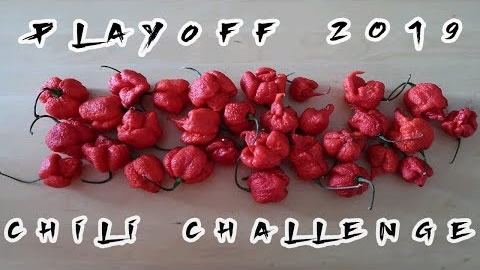 The Carolina Reaper is a cultivar of the Capsicum chinense plant. Developed by South Carolina breeder Smokin’ Ed Currie, the pepper is red and gnarled, with a bumpy texture and small pointed tail. In 2013, Guinness World Records declared it the hottest chili pepper in the world, with an average Scoville Heat Rating (SHU) of 1,569,300.

On August 11, 2017 The Carolina Reaper broke its own Guinness World Record reaching 1,641,183 SHU according to tests conducted by Winthrop University in South Carolina. The figure is an average for the tested batch; the hottest individual pepper was measured at 2.2 million SHU. 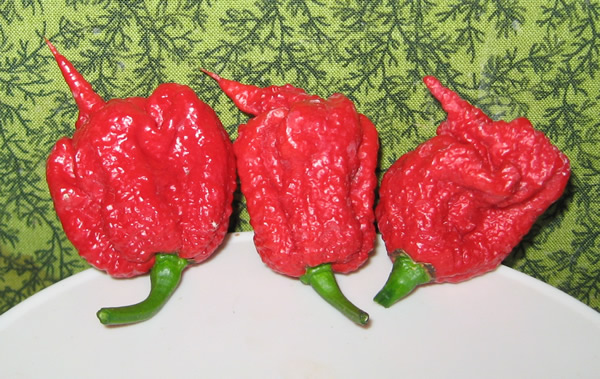 It has been described as having a fruity taste, with the initial bite being sweet and then immediately turning to “molten lava”.

How many could you eat in 1 sitting? Check out the L.O.F Reaper Challenge League Table.