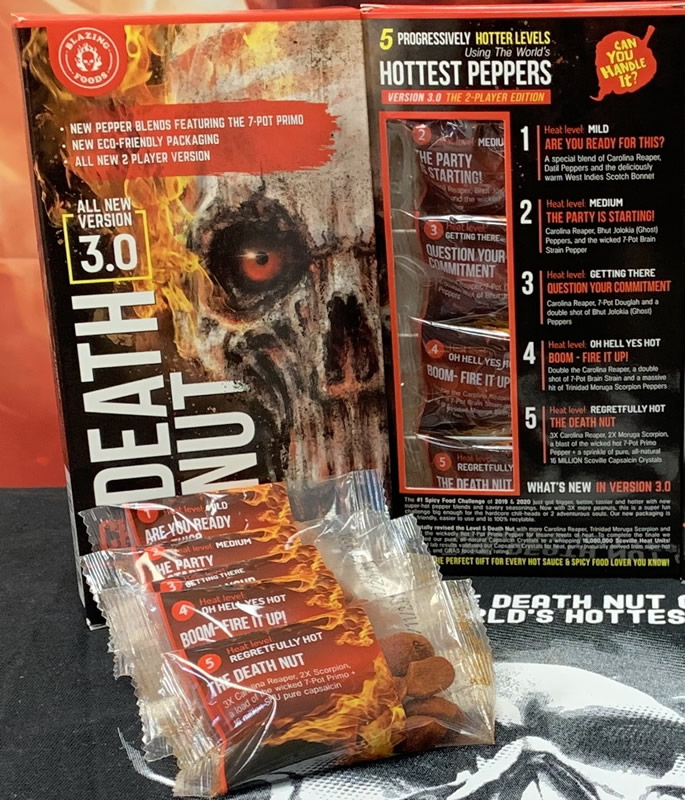 You asked for it so Blazing Foods delivered.

New peppers, improved flavor variations, triple the peanuts, and a totally new Level 5 Deathnut! The Deathnut is made with a new super-hot pepper distillate that is spray-dried into a powder form delivering a whopping 16,000,000 Scoville Heat Units.

Each level starts with a base peanut made using a dose of Carolina Reaper to establish consistent flavor and heat. Then 5 additional steps were performed to make each level unique and progressively hotter with a load of the world’s hottest peppers. All small-batch and handcrafted to ensure consistency and quality.

*Extra Bonus Points in ascending order for each consecutive box of Death Nut Challenge v3.0 eaten in one sitting (observing the 5 min afterburn between each one):